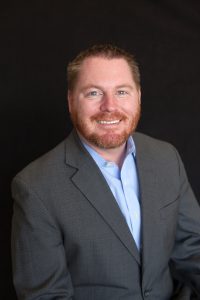 Congratulations to Lance Binoniemi, MITA’s vice president of government affairs, for being named one of the top lobbyists in Lansing by Michigan Information & Research Service (MIRS).

Binoniemi has been at the forefront of MITA’s lobbying efforts for increased infrastructure funding since he joined the association in 2011. As vice president of government affairs, Lance manages political and legislative concerns on behalf of MITA. He is a registered lobbyist with the State of Michigan and spends the majority of his time working tirelessly at the Capitol in Lansing on issues that are important to the industry and the membership of MITA. Due to Lance’s dedication, MITA has a solid working relationship with most legislative leaders in the House and Senate.

MIRS names top lobbyists on an annual basis, in addition to being a major source of news and analysis of state government delivered daily to subscribers that details the activities of the House, Senate, Judicial and Executive branches of Michigan state government.


As Executive Vice President/Secretary, Mike oversees all operations, staff and services at MITA. He implements policies based on his interaction with the MITA Board of Directors and the membership and he prudently manages the organization’s resources within approved annual budget guidelines. Mike also continues to work as a registered lobbyist, serves as an industry resource on labor matters, and acts as the spokesman for the industry on a variety of issues.


As Vice President of Membership Services, Rob oversees the many services that are offered to MITA members, including MIOSHA appeals, job site inspections, utility locating issues, educational opportunities, meetings and all social functions. Additionally, he participates in labor relations activities on behalf of the members.


Ken came to MITA from South Dakota State University, where he spent many years teaching construction courses to undergraduates. As MITA’s Director of Workforce Development, Ken is the lead staff member on all MITA efforts to establish and sustain a program to recruit and retain talent for the industry.


As Director of Strategic Affairs, Mariam wears a lot of hats at MITA. She works to increase member interactions with elected officials by consistently communicating MITA’s position on important legislative issues to the membership, which requires Mariam to regularly interact with the MITA lobbying team. On the communications side, she manages MITA’s official Facebook and Twitter accounts, and works with the Director of Communications to make print and website outreach efforts as effective as possible. She is also the lead staff person on the Fix MI State campaign, a public relations initiative to raise awareness for the state’s unmet infrastructure needs. She also handles administrative duties related to the MITA Board of Directors. Mariam works closely with the Event Coordinator to manage the website and member database, as well. Mariam works directly with the Executive Vice President to manage and execute special projects, as well as to process administrative tasks. In conjunction with the Vice President of Government Affairs, Mariam works hard to maintain the MITA PAC and to ensure that it grows strong year after year. Mariam is the person to contact if you need assistance in scheduling a meeting with your legislators, if you want to communicate a legislative issue or concern to MITA’s lobbyists, if you want to make a contribution to the MITA PAC, if you want to participate in a MITA special project or if you just want to find out more information about any of the above.