MITA Responds to Misuse of Road Funding Dollars Earlier this year, the Isabella County Road Commission (ICRC) presented a proposal to the full county commission to build a new $10 million building to replace their current structure. The proposal is for a 30-year bond that would end up costing approximately $540,000 annually for 30 years. […]

For his first legislative initiative, one might say House Speaker Tom Leonard swung for the fences. The Republican from DeWitt has said all along that it is his intention to attempt to eliminate the state’s income tax and to give the hard-working citizens in this state some tax relief.  On Wednesday this week, the House […]

Yesterday, the Michigan House of Representatives passed a road funding plan that will add $1.2 billion to transportation funding through a phase-out of the six percent sales tax placed on fuel and an increase in the wholesale gas tax.  Over the next six years, one percent of the sales tax on fuel would be eliminated, […]

In what is being called a “first step” towards a full and comprehensive road funding plan, the Michigan House passed a 10-bill package that added an additional $450 million to the transportation budget. In addition to more revenue, several bills that deal with warranties, competitive bidding, vehicle registration fees and some trucking fees and fines […]

On the day that legislators were being sworn into office, House Speaker Jase Bolger announced committee assignments for the 2011-12 session.  Legislators serving on these key committees will have a great deal of influence on issues of importance to the heavy construction industry. The House Transportation Committee will meet on Wednesdays at noon in room […]

This week, legislation was introduced in the State House that would increase the state’s gas tax eight cents by 2013 and provide diesel tax parity (HB 5768-5770).  The bills would raise approximately $480 million once fully implemented and ensure Michigan is able to receive the full match of federal aid from Washington. The bills have […]

Contractors would be paid by governmental units in a more timely manner, in legislation passing House Committee this week. The package of bills known as “prompt pay” legislation (HB 6173-6176) is a MITA initiative that has been in the works for two years.  The legislation also cracks down on the practice of government agencies using […]

$1 billion plan would create 50,000 jobs, relieve congestion, fix crumbling roads and bridges Tuesday, April 3, 2007, signals a major milestone for MITA’s effort to raise an additional $1 billion a year for Michigan’s transportation network. The year and a half effort to raise Michigan’s gas tax and vehicle registration fee takes a major […]

Continuing on the recent general election success where MITA-PAC earned an impressive 69-3 record in those races in which it was involved, MITA continued its streak by supporting all four winners in this week’s legislative leadership races. In leadership elections held this week, House Democrats elected Andy Dillon to become the state’s next Speaker of […]

MITA score card: 69-3 In a landslide fashion, Democrats scored significant gains in Michigan, retaining the governorship with almost 60 percent of the vote and seizing control of the state House for the first time in eight years. Republicans managed to sustain a slim majority in the state Senate, 21-17, losing one seat. On the […] 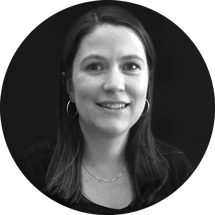 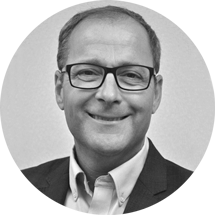